New modelling projects around 10,000 Australians will develop lung cancer directly related to silica dust. What can be done to reduce these numbers?

Australia is experiencing an epidemic of silicosis and related lung cancers, and it is predicted to continue unless key recommendations and preventive health measures are implemented.

It is estimated that around 584,050 Australian workers are currently exposed to respirable crystalline silica (RCS), which occurs when products containing crystalline silica, such as stone, rocks, concrete and bricks, are processed via cutting, drilling or grinding. The RCS dust particles then deposit within the lungs.

Around 10,390 Australians are predicted to develop lung cancer in their lifetime as a direct result of being exposed to the dust. This translates to 1.02% of projected lung cancer cases.

These figures come from a recently released report of modelling from Curtin University, which outlines the current impacts and future burden of occupational exposure to RCS.

Using the most up-to-date data from the Australian Bureau of Statistics, Australian Institute of Health and Welfare, and research papers, the report’s authors analysed risk estimates from exposure to silica dust to predict the future number of lung cancer and silicosis cases arising from occupational exposure to RCS, as well as intervention strategies for prevention.

‘Workers involved in the manufacture and processing of engineered stone are exposed to particularly high levels of RCS and it is of great concern that this exposure is linked to a number of adverse health effects,’ she told newsGP.

‘These are preventable diseases by implementation of strict occupational controls to eliminate the risk of exposure.

‘Why would we want our workers exposed to such a harmful agent that causes such awful lung disease and other disease?’

When RCS particles are inhaled, they deposit and accumulate in the lung tissue, resulting in inflammation and scarring. RCS exposure has been linked to various health outcomes, including lung cancer and autoimmune diseases, but the most common associated disease is silicosis.

Once assumed to be an ‘historical disease of miners’, silicosis cases in Australia were predicted to be at around 1010 over the next 40 years, according to a 1992 study.

However, the Curtin University report notes that as this was before the introduction of engineered stone, there is currently ‘no clear understanding as to the true incidence of silicosis in Australia’.

‘Given the wide use of products containing silica, occupational exposure to RCS may occur in various industries,’ the report states.

The re-emergence of the disease has led to actions, including government funding, expert recommendations to ban dry processing of silica and other advice from the National Dust Disease Taskforce to raise awareness of the risks and identify occupational exposure and other future occupational diseases.

Established in 2019, the Taskforce takes a national approach to the prevention, early identification, control, and management of occupational dust diseases in Australia. The National Strategic Action Plan for Lung Conditions was also launched the same year.

The Taskforce completed an independent review and presented its final report to the Health Minister in June 2021. The report contains seven recommendations that, according to Dr Hancock, support a range of regulatory and non-regulatory actions ‘designed to have an impact in the short- to medium-term on improving worker health and safety’.

‘The Taskforce focused its review on accelerated silicosis and engineered stone but recognised the need for broader actions on dust diseases,’ Dr Hancock said.

In response, the Australian Government released national guidance in February this year for all clinicians assessing workers exposed to RCS dust, which includes a practice guide and summary (currently in the process of being approved as an RACGP ‘Accepted Clinical Resource’).

Dr Hancock said the national guidance documents have specific reference to the occupational respiratory diseases associated with engineered stone which can assist GPs as they can expect to see more patients at risk of, or being diagnosed with, silicosis.

‘This guidance was developed to help GPs identify and assess people at risk of silicosis caused by exposure to RCS dust,’ she said.

‘The recent re-emergence of silicosis is linked to the increasing popularity of engineered stone products, and the processes for cutting, grinding, and polishing this material. 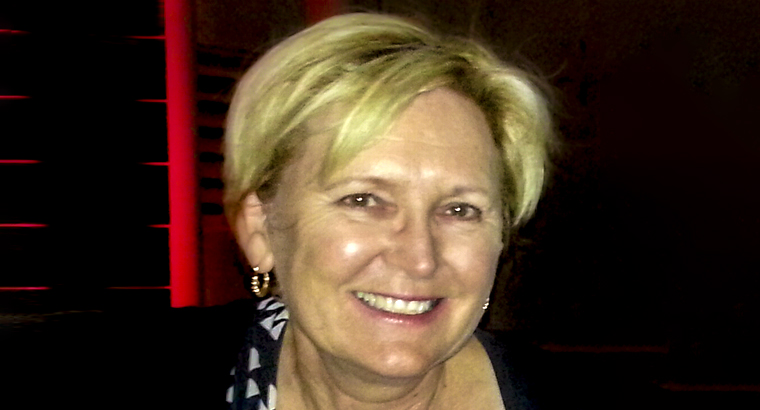 Dr Kerry Hancock says GPs need to be aware of patients who have had exposure to silica dust, and to expect more in the future, to ensure appropriate assessments for harm.

The Curtin University paper warns that between 83,090 and 103,860 silicosis cases are expected to result from current RCS exposure, and while in support of a ban on dry processing stone, it recommends that other methods should also be adopted to reduce the health impacts.

These include mandatory wet-cutting or on-tool dust extraction combined with the consistent use of high-quality respiratory protection.

‘I agree that elimination – the highest order in the hierarchy of control for controlling risks in the work place – by banning dry cutting of stone will have the most impact,’ she said.

‘If this is not pursued then the implementation of other administrative and engineering controls are imperative as outlined.

‘GPs do have a very important role in identifying patients who may havebeen  exposed to RCS due to work with engineered stone, either currently or in the past.

‘Because the health effects of exposure can take many years to develop, considerably more workers are likely to be at risk of future development of disease. GPs need to refer these patients promptly to a suitably qualified respiratory or occupational physician … to then be under surveillance, closely monitored and have lung function imaging and tests that meet accreditation standards.’

The Curtin University authors say the report can be used to demonstrate the most effective intervention strategies to prevent occupational lung disease, pointing to ‘clear opportunities for policy action’.

Dr Hancock encourages GPs to use the available resources and to be aware of the symptoms of lung cancer and investigate in a timely and appropriate manner.

‘The significant rate of lung cancer in workers exposed to RCS is of huge concern,’ she said.

‘We can make a difference by diagnosing all lung cancer at an earlier stage than currently happens.

‘Persistent respiratory symptoms should not be ignored and taking a comprehensive occupational history which includes asking about exposure to respirable dust – such as silica – is part of good practice.’

In addition to the Australian Government guidelines, the RACGP has an online activity for GPs to detect and manage silicosis, and recommends Cancer Australia’s Investigating symptoms of lung cancer as an Accepted Clinical Resource when assessing symptomatic people with suspected lung cancer to support early and rapid referral to diagnostic pathways.