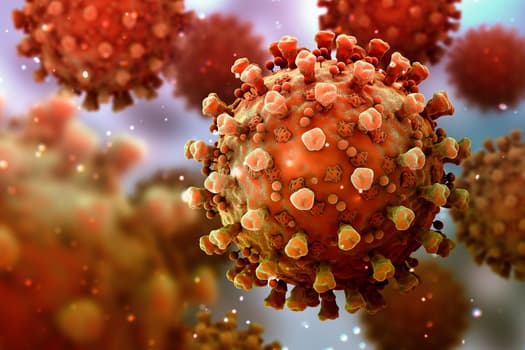 The Omicron variant appears to cause less damage to the lungs, as compared to previous coronavirus variants, which could be why it causes less severe disease.

In new studies on mice and hamsters, the Omicron variant led to less damaging infections and appeared to be limited to the upper airway, which includes the nose, throat, and windpipe. Previous variants often caused lung scarring and serious breathing issues.

“It’s fair to say that the idea of a disease that manifests itself primarily in the upper respiratory system is emerging,” Roland Eils, PhD, a biologist at the Berlin Institute of Health who has studied how coronaviruses infect the airway, told The New York Times.

When the Omicron variant emerged in November, researchers noted the large number of mutations and expressed concerns about how it might affect patients. Previous studies showed that some of the mutations might allow the virus to invade cells easily or escape antibodies, the newspaper reported.
During the past month, more than a dozen research groups have studied the Omicron variant in the lab to understand how it affects the body. Although COVID-19 cases have surged across the world, hospitalizations have only increased slightly, and the variant appears to cause less severe disease than previous strains.Last week, a group of American and Japanese scientists released a report on hamsters and mice that were infected with the Omicron variant or earlier coronavirus strains. Those infected with Omicron had less lung damage and were less likely to die. The researchers noted that Syrian hamsters, which have become severely ill with previous versions of the coronavirus, also had milder symptoms.“This was surprising since every other variant has robustly infected these hamsters,” Michael Diamond, MD, a study co-author and a virologist at Washington University, told the newspaper.

More studies need to be done, though scientists say the results offer hope. The Omicron variant appears to grow more slowly in the lungs. But  researchers are still studying why the variant seems to be passed among people so easily and what that could mean as cases continue to surge across the world.“These studies address the question about what may happen in the lungs but don’t really address the question of transmissibility,” Sara Cherry, PhD, a virologist at the University of Pennsylvania, told the newspaper.“It could be as simple as, this is a lot more virus in people’s saliva and nasal passages,” she said. “I think it’s really an important question.”