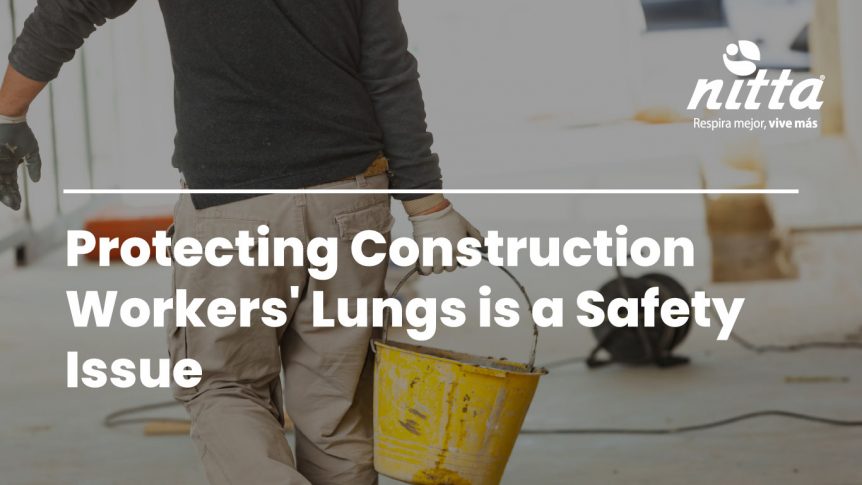 Seen in For construction Pros

Construction workers are at high risk for lung cancer and other lung diseases and should take proper care and precautions to keep healthy.

Although air quality often takes a backseat to occupational safety, lung cancer mortalities are 50% higher among construction workers than the general population. The Center for Construction Research and Training (CPWR) and Duke University found that nearly one-fifth of lung diseases among construction workers may be a result of harmful emissions on site. While some of these toxins are considered respiratory irritants, others are long-known carcinogens directly linked to lung cance

The nature of this job is undoubtedly dangerous as it requires physical labor that not only raises the risk of accidental injuries but that of inhaling toxic dust onsite. Among this dust may be harmful particles such as silica and asbestos, which both have a profound impact on the lungs.

As of late, silica has been referred to as the “new asbestos” because of its prevalence throughout the building trade and its ability to cause silicosis, an incurable lung disease.

OSHA reports that 2 million construction workers are exposed to crystalline silica and over 800,000 workers exposed to levels beyond the recommended limit. Often a result of sawing or cutting concrete products, it has been found that these workers are twice as likely to develop chronic obstructive lung diseases like chronic bronchitis and emphysema.

Common power tools, including masonry saws and drills, can easily rustle up fibers; however, OSHA provides approved methods for dust control onsite. Experts suggest using a proper face mask and wet saw, which will help weigh down the particles and prevent them from lifting and becoming airborne. Additionally, employers should establish a written exposure control plan, avoid sweeping or using compressed air, and offer routine medical exams for all employees. Extra caution is recommended on the job because breathing in crystalline silica can not only cause silicosis but chronic respiratory issues such as COPD and lung cancer.

Asbestos also has a long-standing history within the construction industry and is a leading cause of occupational cancer around the world. Unlike silica, asbestos is not exclusively linked to one type of material but can be found in almost any building-related product manufactured before 1980. While it can still exist within cement, it’s most widely known for its use in heat-resistant materials, floor and ceiling tiles, insulation, and pipe-wrapping.

Although this mineral has been regulated for several decades, toxic building materials still remain in older homes and buildings, along with construction sites themselves. Performing maintenance or repairs on asbestos-containing materials can result in microscopic airborne fibers that have proven deadly once inhaled. Symptoms can take as long as 50 years to show, which has historically led to workers being diagnosed in the advanced stages of mesothelioma.

Despite the EPA’s failure to ban asbestos, there is endless research to support the toxicity behind its use. CPWR found that construction workers are five times more likely to have cancer in the lining of the lungs and 33 times more likely to develop asbestosis. Additionally, OSHA reports that construction workers face the highest risk of exposure with nearly 1.3 million employees being exposed to asbestos nationwide.

In order to reduce the amount of workers affected, an employer should conduct a standard assessment to monitor and ensure exposure doesn’t rise above the permissible exposure limit (PEL). If exposure does exceed the PEL, specific warning signs are required in order to prevent workers from harmful exposure. Workers should never eat, drink or smoke in contaminated areas, and employers should provide separate decontamination tents. All employees should undergo proper safety education and training, and workers should wear disposable clothes and respirators, wet down contaminated materials to avoid fibers from releasing, and keep the area well-ventilated.

Those working in a construction-related field, should make sure your physician is aware of your occupation and consistently monitor your health for signs of occupational lung disease. Keep an eye out for these symptoms:

Employers should not only recommend workers to wear proper safety gear at all times but require it. With more than 17,000 lung cancer deaths attributed to toxic inhalation in the workplace, it’s extremely important to stay vigilant and follow proper safety practices. In honor of Healthy Lung Month, we hope to inspire workers to recognize and care for their lung health in order to catch an occupational lung disease as early as possible.